So far, we’ve covered how to structure your press release, how to write headlines and how to write the body content of your release. Next up, is where to actually send it. 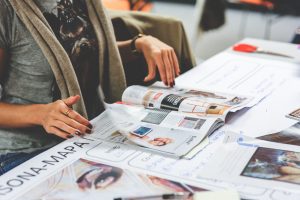 Now, you might think that looking up all the local press emails and just firing your press release out to them all in one go is the way to do it, but I would stop you right there. It’s not.

Yes, you might be lucky enough that someone picks it up and uses it, but by targeting particular publications/media outlets and taking the time to think things through, you’re likely to have a higher success rate.

Things to consider when sending out your press release:

– Where would you really like to see your story appear? Make a list of your top few publications and write down why you would like their coverage.

– Know what your target media outlets publish and consider this: Is your story actually relevant to your list of contacts? If not, then there’s really no point in sending it to them.

– If you don’t know what the people on your press list publish, then (a) why are they on your list and (b) get researching!

– Who is best to contact in the newspaper etc. that you want to target? It’s usually much better to send a press release through to the journalist who specialises in a particular area e.g. the business reporter, the news reporter, the feature writer and so on.

– Do you have the most up-to-date contact list? Journalists come and go so check that you have the person currently fulfilling that role.

– Have you spoken with the journalist before – either in person or on social media? It’s always helpful if you’ve already established a connection with reporters but we’ll talk more about that in another post. In short – it’s good to follow local journalists on social media – don’t be a stalker by any means, or bother them unnecessarily, but you can certainly connect in a professional capacity. 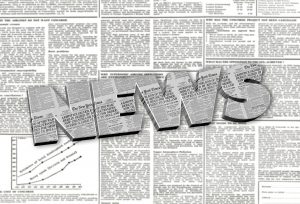 – Consider whether you want to give a particular publication or media outlet exclusivity to your story. Journalists will always prefer this, as opposed to knowing that you’ve sent it to lots of competitors at the same time, and it may lean in your favour and help get you coverage. Of course, they still might not use it, so you can always say they have exclusivity until X date and then after that date you will be sending it to other people.

– Make sure you know their deadlines. Are you targeting a daily newspaper? A monthly magazine? An online publication? A weekly local newspaper? Every outlet has different deadlines, even within the same publishing schedule i.e. weekly newspapers don’t all publish on the same day of the week, or at the same time of the day. Having come from a weekly newspaper background I know there’s nothing more frustrating than getting a great story through after the paper’s just gone to press, and then having to wait a week to include it while other papers carry the story…

NB Also be aware that all publications work in advance in terms of scheduling stories, so unless your story is very newsy, make sure that you, too, think ahead. When would you ideally like it to appear in the press? Weekly papers work a week ahead and are always catching up on publishing content as every single newspaper receives too many stories to publish all-year round. (It’s true!) Monthly magazines work at least a month ahead with their content and so on. If you really want to be sure, just pick up the phone and ask.

– Try not to send your release to lots of people working at the same publication… It can cause confusion and is quite irritating.

– Practically, a good rule of thumb is to write a brief introductory note in the body of your email and then to copy and paste the press release content into the body of the email as well as attaching it as a separate word document with your photo/s. I remember working on computers in the past which just would not open the new Microsoft Word docs, which meant having to chase people down who didn’t paste the content into the actual email… Make it easy for people to pick up.

– Be polite. Do not demand that the paper cover your story and please do not give the reporters abuse if your story doesn’t get in. The ultimate decision as to what appears in any publication lies with the editor and … they don’t have to publish what ANYONE sends them. They are working in the public interest to provide fair and impartial coverage of stories and are under no obligation to include any content unless you have actually paid them for an ad, which is something else altogether.

– In that vein … The paper will decide how to present the story and will not send it to you for approval ahead of publication. Again, unless you have paid for an ad, they are not at liberty to do so, nor do they have to let you know if they’ve published it. It’s up to you to follow that up or to buy the paper.

Anyway, speaking from experience, these are some of the things I would recommend you consider when sending out your press release. There are probably more that will come to me later, but this is a lengthy enough list to be getting on with in the meantime I think! Good luck. 🙂

For help with press release writing, email Claire at: claire@cseditorial.co.uk